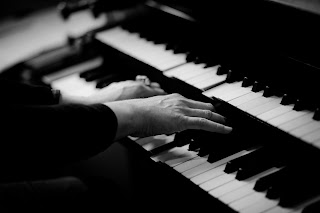 Unusual concertos (i.e. concertos for unusual solo instruments and orchestra) have been a topic in this blog in three different incarnations, all now reset to draft. In all cases I defined 'unusual' as anything beyond piano and violin. Let's look at the history of concertos as a bit of background. Until the start of the romantic period, many concertante instruments were used, but in the romantic era, piano and violin really started to dominate the field, accounting for 90%+ of all concertos. The 20th century was another turning point. Although piano and violin concertos were still composed regularly, other instruments were selected as well. In recent decades, this was further extended with many non-Western instruments and electronic instruments coming into the picture. For the third incarnation of this subject, I have focused on the period from 1900 until now.  The major change is that I will be excluding groups of players as concertante ensemble, so this time around there will be no concerto for string quartet and orchestra or rock band and orchestra, and so on.