The Art of Ernst Ludwig Kirchner 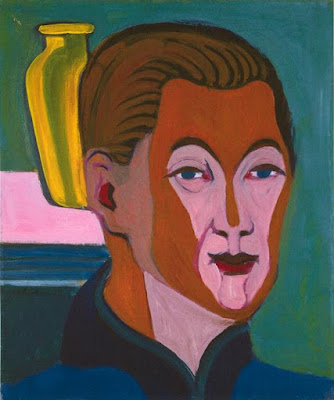 Ernst Ludwig Kirchner (1880 - 1938) was a German expressionist painter and printmaker and one of the founders of the artists group Die Brücke or "The Bridge", a key group leading to the foundation of Expressionism in 20th-century art. He volunteered for army service in the First World War, but soon suffered a breakdown and was discharged. His work was branded as "degenerate" by the Nazis in 1933, and in 1937 more than 600 of his works were sold or destroyed. On 15 June 1938, Kirchner took his own life by gunshot (from Wikipedia). The self-portrait above, called Head of the Painter, is from 1925. 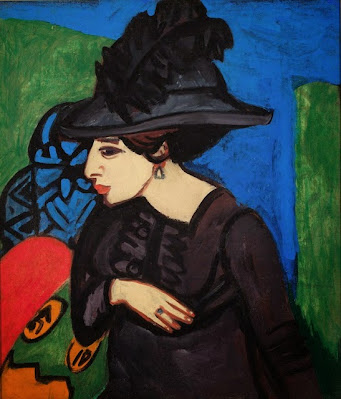 Dodo With a Feather Hat (1911)
This portrait has featured in the blog before.  "Dodo" might refer to Doris Grosze, who was his favoured model at the time. 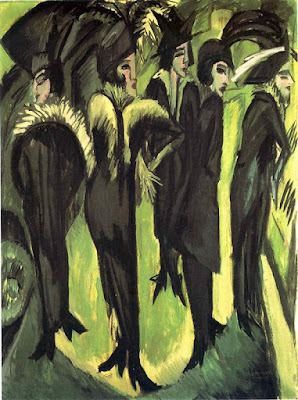 Five Women in the Street (1913)
Depicting groups of elegantly dressed women in the streets (presumably of berlin) is a recurring theme for Kirchner. This is one of the earliest. 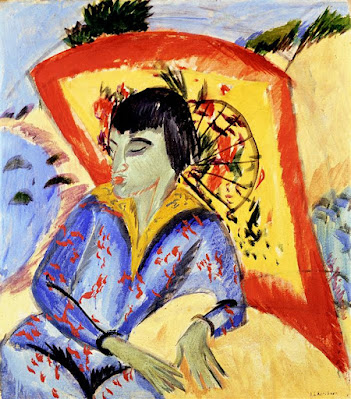 Japanese (1913)
One of the fun things in preparing these blog posts new style is that I come across paintings I had never seen before, such as this gem. 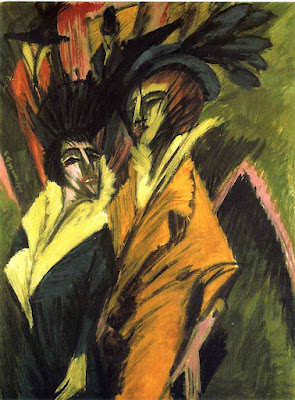 Two Women at the Street (undated, 1913?)
Another street scene. No clear date is available for this painting, but it should be around 1913. 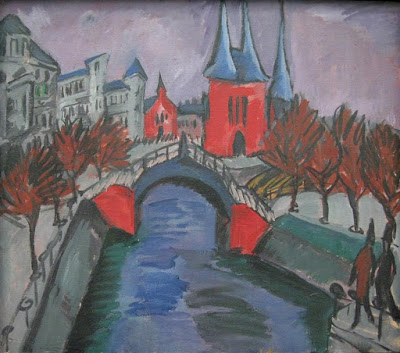 Elisabethufer (1913)
I encountered this painting as a CD cover for Hindemith's sonatas on the Hyperion label. I thought it would be by one of the leading German expressionists, and indeed, a TinEye reverse image searched revealed that it was by Ernst Ludwig Kirchner. 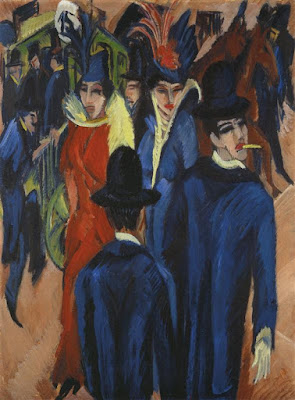 Berlin Street Scene (1914)
Another Berlin street scene, probably just before the war. This is one of Kirchners painting that has featured before in the blog (but disappeared after the great reset of early this year). 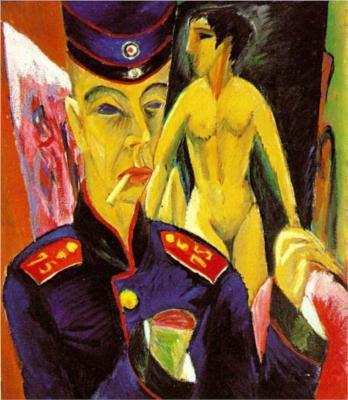 Self Portrait as a Soldier (1915)
Kirchner served in the so called Great War, like his colleagues Marc and Macke. Unlike them he survived - this self portrait was made after he was discharged from the army following a mental breakdown. 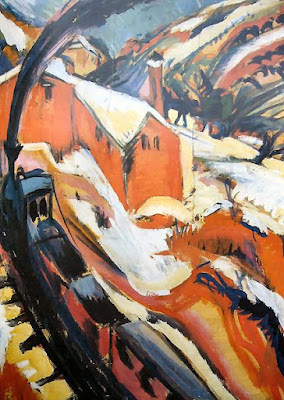 Railways in the Taunus (1916)
Another one I had not seen before, a train plodding along through the hills near Frankfurt. 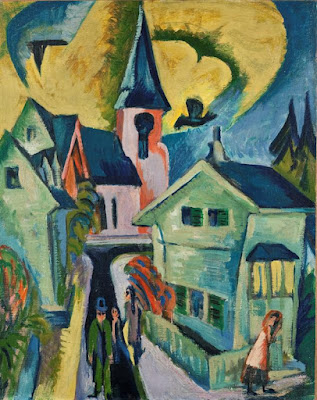 Königstein with Red Church (1916)
Königstein is a town in the Free State of Saxony in Germany, located in the Sächsische Schweiz. Kirchner painted the local scenery a number of times. 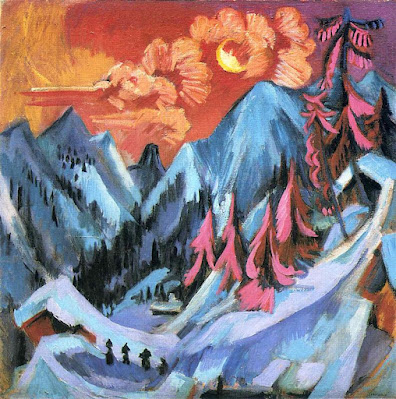 Winter Landscape in Moonlight (1919)
Another recurring theme in Kirchner's works: mountain landscapes. This one stands out because of the choice to make it  moonlit scene. 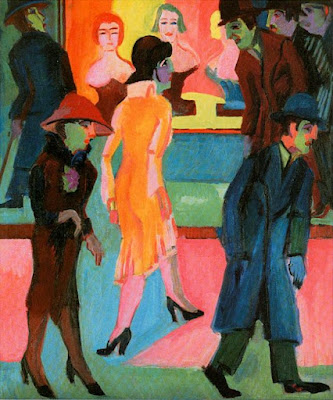 Street Scene in front of a Barbershop (1926)
Back to the street scenes theme. It is interesting to compare these with the refined elegance of the ones he painted before the war. 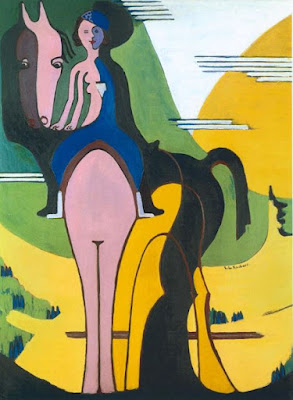 Female Rider (1932)
For most of his life, Kirchner stuck to the Expressionist style that he is famous for. Around 1930 he made a switch to Picasso-influenced cubism, of which this is an example.
Copyright statement: images all in public domain.
Posted by Art Rock at 5:00 am

Email ThisBlogThis!Share to TwitterShare to FacebookShare to Pinterest
Labels: Painters
Newer Post Older Post Home
About me:
Dutchman, married to a beautiful and highly talented artist from Shanghai. PhD in chemistry, and a career in a large multinational energy company until early retirement. My hobbies: music, art, photography, chess, sudoku, word games.
About this blog:
I started this blog in August 2006, just wanting to share what I considered interesting pieces of visual art and music. I suffered from blogging blues from time to time which made me re-start the blog a few times. I did another complete re-set in January 2022 with a change of types of post as a last attempt to save the blog.
All pictures in my blog are hosted on blogger - if some do not show up (the red cross syndrome) it is a blogger hiccup. Right click and selecting "show picture" should do the trick.

Each post contains a statement on the copyright situation. If you still find a picture on this blog that you are the copyright owner of, and object against the use, please drop me an email and I will remove it.